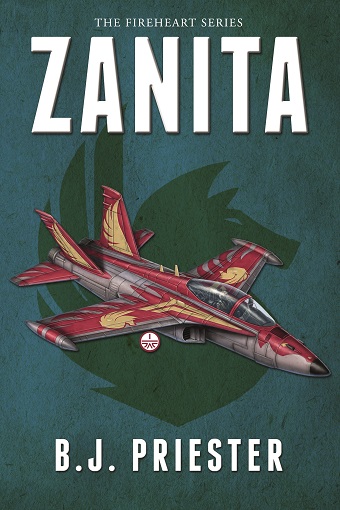 The next novel in the storytelling universe of the Fireheart Series is here!

ZANITA by B.J. Priester tells the story of how Vespa’s parents, Daemyn Wynde and Utara Fireheart, first met during another major crisis on Prime over two decades before the events of WYNDE. It’s a tale that was germinating throughout the development of WYNDE, which B.J. edited from the earliest draft chapters to the final proofread. We’re thrilled to see this story in print, too.

Check back for more updates on ZANITA, including discussion of the writing process, characterization, and connections between the two novels.