I’ve had a tradition dating back to my childhood of sharing my creative side with family and friends around the holidays. My parents can tell you about cabarets full of song and dance, and friends often found a fun story or inventive Christmas letter pop up in their inboxes. So in the spirit of the holidays – we’re starting early this year anyway – I decided there was no better time than now to share my book teaser trailer and announce the book’s title.

It’s a fun process to encapsulate my vision into a trailer. I’ve played with different types over the years, and the script format is my latest and greatest version. Hopefully it will evoke the images I intended and give you a sense of what to expect – and perhaps, if I’ve done my job, throw you off course a little bit too. (I wouldn’t live up to my Evil Authoress billing if I didn’t at least try, now would I?)

I hope it brightens your day. Thanks to the ladies and gentlemen who mulled over the book title with me. Your help will be eternally appreciated and appropriately immortalized in print some day soon. Special thanks to my editor, Lex, who took this grand scheme of scenes and themes and crafted it into a cohesive format. 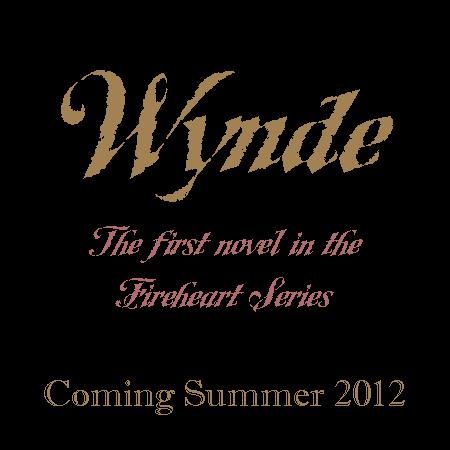 The sound of a single FOOTSTEP.

VOICEOVER (YOUNG WOMAN)
My father says, ‘Do your best, and it will always be the right thing.’

Streaking across the sky, a slender single-pilot aircraft fires two white-hot flares toward a pair of oncoming aircraft of a different, malicious design.

VOICEOVER
My mother says, ‘Life gives us more than we need. It’s up to us to choose what’s right.’

A young woman’s face takes on an expression of intense concentration.

VOICEOVER
I’m beginning to wonder, though, whether there’s really a wrong and a right …

As the young woman pilots the single-seat aircraft, the vehicle is suddenly rocked by a violent force, shaking the cockpit fiercely.

VOICEOVER
… or if those are just the things we tell ourselves so we can sleep at night.

The young woman lies asleep in a dark bedroom. Outside the cabana windows, the ocean waves and the sandy shoreline glisten in the starlight.

Another FOOTSTEP. In a gilded cathedral, a ceremony for young people in military academy uniforms. The guests are attired in all manner of elegant clothes. The young woman takes the final step to the top of a dais and approaches the elderly man in religious attire who is waiting for her.

YOUNG WOMAN
“I am Vespa Wynde.”

In her bed, VESPA WYNDE’s eyes pop open an instant before the roof of her cabana implodes in a brilliant burst of fire.

From the perspective of a person standing on the beach and gazing down its curved length, cabanas atop stilts dot the shallow waters of a sandy ocean shoreline. Suddenly the starry sky and the beach erupt with dozens of simultaneous fiery explosions.

Thick dark smoke rises from the smoldering wreckage of a fleet of starships, some clearly of military design, docked in port. The swirling air currents in the caldera twist the smoke into grim, frightening whirlwinds.

From a distant and a slight elevation in the air, the night is lit by the bright flames of burning debris. Most of the cabanas have toppled, some onto the beach, others into the waves. Other cabanas are completely destroyed, nothing left but flaming piles.

The uniformed bridge crew all gaze toward a large display screen along one wall. In the screen’s center is a serene image of a moon. The image shows mainly the moon’s night side, but the day side shows the blues, greens, and whites typical of a habitable planet. Abruptly the screen fills with a brilliant flash of sparks as the satellite transmitting the image explodes.

NARRATOR
In a world suddenly plunged into war…

A large herd thunders across a grassy plain. Their legs pound at full speed, kicking up dust and dirt as the black-and-white animals charge through the tall, wavy grasses.

A heavily armed squad of military commandos in camouflage proceeds cautiously through the thick leaves and branches of jungle undergrowth. Their leader is a short, slender young woman with a focused expression on her face.

From a high-angle perspective, VESPA rides a black horse at a full-speed gallop along the bottom of a lush, green valley. Her hair flows out behind her in the wind, but she does not appear fearful of pursuit.

The sloping walls of an ancient canyon form a deep channel in the land. Along one side of the canyon an enormous grandstand is built into the rock. The hundreds of thousands of spectators create a brilliant wash of colors.

The camera plummets straight down through heavy clouds in the atmosphere before plunging head on into the depths of the ocean, slowing only as it approaches the gates of an underwater kingdom.

A graceful, poised middle-aged woman strides briskly into a crowded room. She wears intricately woven robes, several pieces of shimmering jewelry, and an elaborate headdress. Some of the men and women in the room wear similar attire, while others wear less colorful formal business suits or military uniforms.

Two starfighters of a distinctive, unusual design fly on approach to a planet. On its night side, brief flashes of light flicker in the high atmosphere. As they pass across to the day side, the sky is filled with white clouds, with the view dominated by the swirling vortex of an enormous hurricane.

NARRATOR
… and old rivals may be the only hope for survival.

Two men in starfighter pilot uniforms stand together, empty hands held up in surrender. Surrounding them in a ring, soldiers train their rifles and blasters on the two pilots.

A tawny-skinned man with an athletic build stands in the center of an open pod near the canyon wall. Suddenly four single-pilot aircraft race through the canyon at tremendous speed, swooping near the pod as they pass. The man’s eyes follow the aircraft before he barks orders to several others in the pod.

An older, shorter politician and a younger, taller man stand near each other to converse, even though the politician’s office has several empty chairs opposite the high-backed chair at the broad desk.

NARRATOR
Friendships will be tested …

Despite empty seats closer to one another, VESPA and a young blonde woman sit apart from each other. VESPA gazes solemnly out one of the viewing portals into space, while the other woman sits scowling with crossed arms.

As VESPA stands in place watching him, a short bearded man walks right past her without meeting her stare and hurries up the lowered boarding ramp of a starship.

A crowded, elegant party with guests in formal attire. Wearing a slim red backless dress, VESPA breaks away from the tall young man seen in the politician’s office. She runs from the room, and his expression shows he knows better than to chase after her.

A single-pilot starfighter flies toward a raging space battle among various designs of starfighters and several larger warships. Abruptly the starfighter cuts a steep turn and zooms away from the direction of the battle.

In her cockpit, with the starfield beyond the canopy spinning, VESPA bangs a clenched fist on the control console.

Churning waves pound against the hull of a small open boat. VESPA struggles to guide the boat through the waves while a young man who resembles her enough to be her brother pays close attention to a handheld device clutched in his fingers.

Wearing a military uniform, a young man with a tribal tattoo above his left brow stands face to face with a middle-aged man who has similar tattoos and a uniform with more medals and appellations. Arguing, neither appears to be persuading the other in the least.

The young blonde woman runs along the edge of the water. She reaches both hands up to their respective shoulders, grabs the hilts of the two swords crossed across her back, and draws them both around in front of her. An instant later, she begins to attack several towering humanoid figures shadowed by the dark of night.

With her brother standing at her bedside, VESPA lays recovering in a hospital room. The door opens. The man from the pod and the woman from the briefing room enter, hurrying over to hug their children.

In a formal military dress uniform, the young man with the brow tattoo extends his bare hand to VESPA in the manner of a gentleman offering to escort a lady. Wearing her blackless red dress, she takes his hand in hers and walks with him through the throng of guests at the party.

From a perspective behind and below, looking over their shoulders up the face of the cliff toward the clouds, two people crane their heads skyward. A moment later, nose-first, a large shining silver starship slowly begins to fly out over the lip of the cliff.

VESPA, in a starfighter uniform, storms across the open floor of the hangar toward the young man with the brow tattoo, similarly uniformed. She doesn’t stop until she is standing close enough to him to be clearly invading his personal space, then begins to berate him with a pointed finger.

NARRATOR
A heroine’s heart will be tested, …

Again in the red dress, VESPA stands forlornly at the end of a balcony, looking out over the darkening vista before her. From within the building behind her emerges the brow-tattooed young man, again wearing his formal military dress uniform. His resolved steeled, he steps slowly toward her.

The middle of the room is dominated by a large translucent sphere of shimmering energy. Within the sphere, two individuals in military training fatigues prepare to engage one another in zero-gravity hand-to-hand combat.

From the perspective of her pursuer, VESPA is running as fast as she possibly can. At the last possible second she lunges her whole body into a blind leap off the cliff into the unseen depths below.

NARRATOR
… forged in the fires of destiny.

As VESPA scrambles and rolls across the ground, an indistinct giant black equine shape rears over her.

From a perspective at the bottom of a deep narrow gorge between towering cliffs, looking up at the sky, a giant military starship begins to plummet downward. Listing sharply to one side, the warship spews fire and debris as it plunges to its doom.

A different young man, slightly older, tall dark and handsome, stands at water’s edge. His face furrows in concentration, and then he flicks his hands forward, projecting a terrifying roiling wave of fire just above the surface of the waves, filling the entire screen with flames.