Tricia Barr applied her understanding of brand management, social media, and fandom interactions to create FANgirl Blog, which has grown into a respected voice that dissects genre storytelling and the entertainment industry from the perspective of a long-time female fan. The blog’s analyses of the defining elements of strong female characters and the Heroine’s Journey have been referenced by storytelling and academic discussions across the internet. 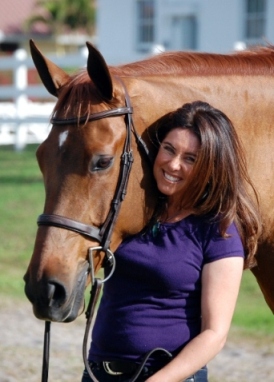 Tricia and Ganner, named in honor of one of her favorite Star Wars characters

As a prominent Star Wars fangirl, Tricia is regularly invited on geek podcasts to share her views on the franchise, female characters in storytelling, pop culture, and the geek girl community. After hosting a standing-room-only Star Wars panel at GeekGirlCon in 2012, she has been invited to moderate a panel about the resurgence of the franchise for the 2013 convention in Seattle. This year she joined Her Universe’s team of five female fans when the geek merchandise company rolled out its social media campaign “Year of the Fangirl.” Tricia has been interviewed or appeared in major publications as a representative fangirl, including Forbes and The Daily Dot.

In addition, Tricia contributes to numerous geek websites such as Lucasfilm’s Star Wars Blog and Suvudu, Random House’s science fiction and fantasy blog. She has written several articles for the official Star Wars Insider print magazine, including a cover feature on Padmé Amidala for Issue #142 and interviews with authors Timothy Zahn and Aaron Allston. She provided editorial services to Del Rey for Star Wars: The Essential Reader’s Companion.

Tricia has completed her first full-length original novel WYNDE, a military science fiction novel with fantastical elements. An epic adventure in the vein of classics like Star Wars, it is infused with the contemporary resonance of tales like The Hunger Games and Buffy the Vampire Slayer in which it is a young woman who leads the fight against the forces of evil. Embedded in the sweeping saga is a love story, one involving not only new romantic bonds but also the kinds of love that unite friends and drive families to desperate measures.

On the Kavil moon to celebrate her graduation from Kedu Academy, Vespa Wynde’s life is shattered by an alien terrorist attack. After a fateful choice helps thwart the initial Orkan assault, Vespa must bear the consequences of her actions while the government of Prime struggles to unravel the implications of the strike by its longtime trade partners. An unexpected alliance with the Protectorate – colonists who had left Prime centuries ago – may do more harm than good when Vespa enlists into an elite military spaceblade training unit and outright war erupts on the outpost moon.

The story is a cinematic-style page-turner that weaves in mythic elements and philosophical and moral questions for more sophisticated readers. Before embarking on a full scale original novel, Tricia learned to strike that balance in the course of writing over a million words, using that experience to master effectively using point of view, characterization, pacing, and dialogue, for which she has earned numerous awards. She is currently pursuing publication options and representation. A synopsis, teaser trailer, and sample chapters are available to editors and agents upon request.

A graduate of Duke University with a degree in civil engineering and a licensed Professional Engineer, Tricia has worked as a transportation engineer for over twenty years, excelling at critical timeline projects with high visibility and multi-million dollar budgets. In her spare time, she competes her horse Ganner in the Amateur-Owner division and enjoys traveling.