Last week at Suvudu, author Jason Fry discussed the ways Star Wars influenced his space-fantasy series The Jupiter Pirates. He also explained how some connections that might seem tied to the galaxy far far away were just a matter of coincidence, like the name of his protagonist Tycho, who is named not for the fan-favorite X-Wing series character but rather astronomer Tycho Brahe. While soliciting feedback for my novel Wynde prior to publishing, one reader noted a similarity of a character name to an X-Wing novel favorite Lujayne Forge. Even though that series is undoubtedly inspirational to my storytelling – Wynde is a tale of fighter pilots turned heroes – that naming similarity was most definitely not intentional. In fact, Geordida Forge’s name is a nod to another favorite storytelling universe: Star Trek. The last name Forge tied into the cultural affiliations created as part of the world-building for Wynde, which I explain in an interview at Every Day Fangirl.

In that interview I discussed creating several names, but not specifically the name Gemini Reed. Called “Gem” by her friends, the name evokes a precious stone; her last name Reed a plant that grows in water or perhaps a wind instrument. Or her name might be taken in context of the Zodiac sign of Gemini. If you’ve read the book, I will let you ponder that significance. In an upcoming short story to be published as part of Silence in the Library’s anthology Athena’s Daughters, I provide more clues about Gemini’s name and backstory in “Mission Accomplished.”

Not only does Athena’s Daughters include a fantastic line-up of short stories about female protagonists, it also features illustrations for each story. Here is the first artwork of a character born in my own imagination. Meet Gemini Reed. 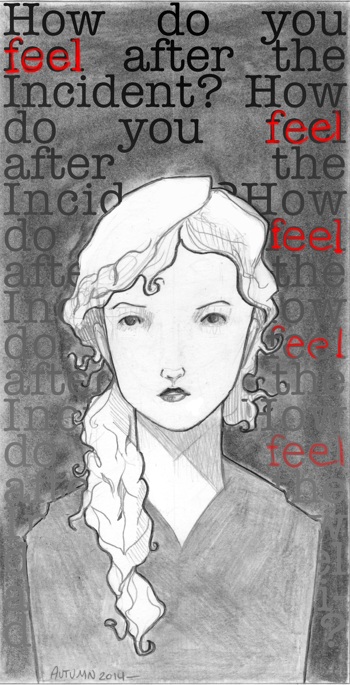