I recently celebrated the four-year anniversary of FANgirl. For much of that time, we’ve highlighted Strong Female Heroines and the Heroine’s Journey as major themes in the blog’s discussions about storytelling and writing. Two weekends ago at GeekGirlCon 2014, I participated on a panel about the Heroine’s Journey; the room was filled to capacity. Now that my novel Wynde has been out for a while, I’m comfortable enough into the post-spoiler period to talk about the novel and Vespa’s journey.

I spent a long time designing Wynde before I started writing. The world-building was fun, but the challenging work is building the characters. Vespa is the central protagonist, and everything in the novel – from the other characters and the antagonists to the plot and world-building – ultimately flowed into place to serve her story arc. I considered different alternatives for many aspects of the novel before I settled on the key elements that serve as the pillars of the tale.

In many ways Wynde was a brand new adventure for my imagination, building a narrative from scratch and toiling to shape it exactly how I wanted. In other ways, though, Wynde has its deep roots in the stories I’d been imagining in my mind for nearly my entire life. Still, it’s not really a coincidence that my decision to buckle down and write my first original novel happened right around the same time I started FANgirl.

While Star Wars had been a life long passion, it was the story being spun out around Jaina Solo in the early years of the New Jedi Order that caught my attention. Some elements of her story paralleled another favorite story of mine at the time, Buffy the Vampire Slayer. Both these heroines were taken in new directions. They weren’t just strong female characters; they were heroines going on journeys. While Joss Whedon pushed his character farther and farther, challenging tropes and negative stereotypes, Jaina Solo’s heroine’s journey was truncated after Destiny’s Way to serve a male character’s destiny.

I became one of many fanfiction writers who seized the potential abandoned by the Expanded Universe. I immediately began writing my sequel to Destiny’s Way. Words leapt onto the page. In less than a year I’d written a full-length fanfiction novel and won numerous fan community awards for it. Inspired, I launched into a sequel novel that grew even longer than the first. Along the way, B.J. came aboard as my beta-reader for the remainder of my magnum opus. Ultimately, the entire process became a tool where I was able to learn and grow as a storyteller. There is simply no other way to master the mechanics of writing – point of view, dialogue, action, pacing – or the dynamic of character arcs and storytelling without actually doing it over and over. Enough iterations of folding feedback and concrit back into your work and one day – and a multitude of words later – you’ve developed a feel for it. And while male characters have books and seminars available on how to develop them heroically, for a female character the storyteller is left finding her own way through a minefield of portrayals – a lot of them wrapped up in negative tropes – across literature, television, and cinema. 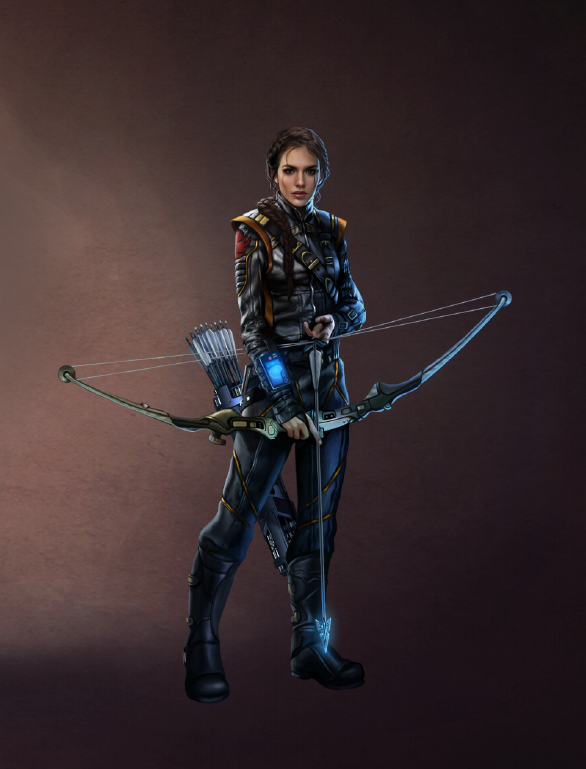 After a million words of fanfiction I felt pretty confident in my ability to do justice to all my characters – male or female. My heart, though, wanted to tell a heroine’s journey with as much promise as Jaina’s in the early New Jedi Order, but with the determination to see it through to the conclusion it deserved. Which brought me to the process of creating and designing the characters, story arcs, and world-building for Wynde and the rest of the Fireheart Series. Naturally, my fanfictions had drawn upon ideas and themes that resonate with me, and many of those carried over. Just as my fanfics kept Jaina at their core, the novel would focus on Vespa. Like Jaina, she would be something of a modern-day princess, a girl with famous parents and well-developed skill-set from her upbringing. Ironically, only due to the grace of George Lucas’ edict did Jaina’s heroine’s journey occur with her parents still alive, but that dynamic was one of the most compelling parts of Jaina’s arc: her squaring off with Leia or her father all while trying to figure out who she was apart from them. Unlike Luke Skywalker or Harry Potter, Vespa would not be an orphan. Her parents are very much alive, and both Utara Fireheart and Daemyn Wynde were specifically crafted to facilitate the progress of Vespa’s development. (Vespa herself, of course, often sees them more as obstacles than benefactors – but that’s the beauty of POV, isn’t it?) One thing the Expanded Universe did well, at least for much of its run, was to keep multiple strong female characters in the mix, like Mara Jade Skywalker and Leia Organa Solo in its heyday. I made sure to use that idea in Wynde too, from Vespa’s best friend Gemini and her mother Utara to supporting characters like Trace Chal and Acai.

Years before his massive success with The Avengers, Joss Whedon knew that Buffy’s teamwork with the Scooby Gang was a key driver of the television series’ success, and it’s one of the reasons it remains so popular today. I wanted to build that same dynamic into Wynde, with Vespa’s core group of allies – including her brother Terraq and her lifelong friend Zephyr – helping her succeed in ways she never would be able to achieve alone. Just as we see Buffy’s friendship with Willow become a core element of Buffy lore, I felt it was important for Wynde to show two powerful young women as friends. Vespa’s best friend has quickly proven a fan favorite in the novel, which is a huge relief considering the tropes and stereotypes I challenged myself to set aside in order to fully flesh out Gemini’s amazing character.

I was well into the process of designing Wynde when Priya and other friends at the Lomin Ale Cantina suggested I read a new YA hit series called The Hunger Games. I’d already chosen the bow and arrow as Vespa’s weapon as an homage to my love of Lord of the Rings, so that superficial similarity was fortuitous. Other aspects of The Hunger Games trilogy and Katniss Everdeen’s heroic journey certainly validated for me that I was on the right track with my plans for Wynde. Like Buffy’s gang, Team Katniss is integral to her path. Katniss repeatedly refuses to follow the rules that others have set down for her, from volunteering as tribute and her ploy with the berries all the way to her final act of defiance in assassinating Coin, not Snow, after the rebellion’s victory. Vespa, too, has issues with authority, though she’s fortunate to be able to resolve them in far a less violent manner.

Of course I don’t just want my original work to be a reimagining of my favorite tales. I want for it to be comfortable like a favorite, but also fresh and new. I wanted to take readers on a journey they had never imagined in their wildest dreams. That required making deliberate decisions about where I wanted to diverge from my biggest influences. I’ve already mentioned one – I wanted Vespa to have a core family unit around her during her superheroine origin story. The shattered family trope has a lengthy past, from Luke and Harry to Buffy and Katniss, but I wanted Vespa’s tale to be different. Similarly, many stories have tried to mimic the dystopia of The Hunger Games, usually without understanding that it’s the characters and their relationships, not the world-building, that makes Suzanne Collins’ story so successful. Imagine a simple switch in The Hunger Games starts it with the principal POV character in the Capitol and the setting suddenly starts as utopic. Vespa’s home planet of Prime has its problems and flaws, but peeling those layers back is part of the storytelling journey of discovering the location and setting for what it is. Sticking with some familiar storytelling moments, I had to work in a scene where the princess takes a ride on her horse before leaving her comfortable life behind on her heroic journey.

Another major emphasis in designing Wynde and Vespa’s story was to fulfill the themes about storytelling and writing I’ve discussed at FANgirl. Perhaps the biggest influence from FANgirl’s analyses is smashing tropes. I do that so much in Wynde it probably deserves its own post. Like any aspect of writing, though, the key is to recognize when you’re relying on a trope – so that you can then ask yourself whether you want to keep it in the story, or whether the story is better served by subverting expectations and twisting the trope into a new direction. I’ve spoken about the importance of diversity in stories, and made sure to deliver on that idea in Wynde. I also worked in ideas from my post about What Is Strong? to showcase a wide variety of strengths from different characters, and not just the female ones. Similarly, I never let characters’ agency in the story be far from my mind. Each character in Wynde, even the minor ones, is driven by their own goals and motivations in the story, not simply serving the plot.

Like any good story, Wynde foisted some changes on me during the writing process. The characters talked back, insisting they knew better than I did what path they would choose. My alpha-readers pushed to me consider how certain scenes were written, how specific moments were conveyed, to ensure the story portrayed the characters in the way I intended. In the end, the novel was the better for its improvements along the way. Ultimately, though, Wynde remains the story I began designing in earnest a little over four years ago. And I can’t wait to share the next steps in Vespa’s story with everyone in the months and years ahead. You might have noticed the beautiful Wynde banner at the top, created for me by the amazingly talented Magali Villeneuve. Below, please find Team Vespa, an incredibly diverse and beautiful cast of characters. I look forward to sharing more about each one of them in the future!