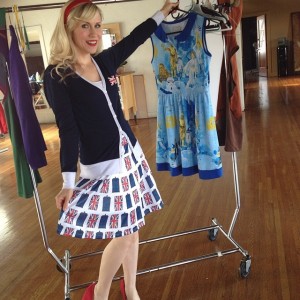 Fangirls Around the Web is a series that spotlights fangirls and their real and fictional heroines. Check out what we’ve spotted over the last couple of weeks:

Author N.K. Jemisin wrote an amazing blog post titled “Confirmation bias, epic fantasy, and you” that is not to be missed. At Tor.com, Leah Schnelbach has a great piece titled “SFF Writing Advice from io9’s Charlie Jane Anders.”

Pretty Sure Ladies Read Comics, Too

Variety reports on the latest job numbers from the Writer’s Guild of America, showing that woman and minorities are losing ground in film work but making small gains in television.

IndieWire’s Women and Hollywood section discusses a petition that was launched seeking the inclusion of Katniss Everdeen in the Best Hero category in the upcoming MTV Movie Awards. 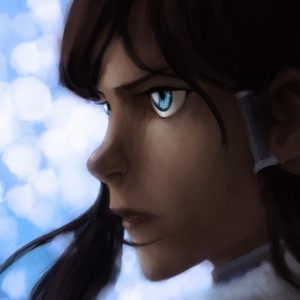 Nicole D’Andria writes about why “Buffy the Vampire Slayer: One of the Most Influential Shows EVER.” Blastr presents an exclusive interview with actress “Jewel Staite on why ‘I’ll be a Browncoat forever.'”

IGN shares an exclusive reveal of the DVD/Blu-ray release date, and the extras, for The Legend of Korra: Book Two: Spirits.

This Is Why Fangirls Are Awesome:

At The Wookiee Gunner, Johnamarie Macias wrote a great post about the women in The Lost Mission episodes of The Clone Wars.

FANgirl contributor Mary shares the following: Kevin LaPorte’s InversePress.com is presenting a new online serial comic by spinning off a popular character from one of their print comics. Nothing unusual about that, except that the story is being told through reveals of twelve original art prints by our friend Amanda Rachels. I think this is a great concept, combining a comic book story with the opportunity to buy (at a reasonable $10 price) a dozen gorgeous 11×17 prints (limited to editions of 50 each). Take a look if you have a minute.