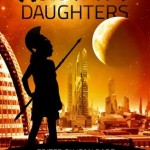 In a panel discussion called the “State of Female Justice,” Olivia Wilde shares insights as an actress in Hollywood who is now making the transition to producing. She speaks forthrightly about her experiences with the inequity in the entertainment business, including insight into a gender-swapped panel read of American Pie. And it was so fascinating […]

Fangirls Around the Web is a series that spotlights fangirls and their real and fictional heroines. Check out what we’ve spotted over the last couple of weeks: Awesome women of SFF Author N.K. Jemisin wrote an amazing blog post titled “Confirmation bias, epic fantasy, and you” that is not to be missed. At Tor.com, Leah […] 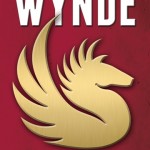 I got a lovely shout out from Natacha Guyot’s Transmedia and Fandom blog. Flaunting My Diversity by Tricia Barr is another good read. I haven’t got around to reading Tricia’s novel Wynde, but I am very much looking forward to doing it later this year! I like Tricia’s posts and this one is no exception. […]

Sometimes the love for WYNDE is hard to keep up with, and I have an ever-growing file of links to tweets and posts. I have to admit it’s fun chatting about the novel on the record with my alpha-readers. During the writing process it’s like Fight Club, but now they too can have a little […]

“Luck consists largely of hanging on by your fingernails until things start to go your way.” ~ Aaron Allston This morning I was deeply saddened to learn that Aaron Allston passed away last night. Tributes are already flooding the internet, Twitter, and Facebook from his fans, friends, and colleagues. Dunc and her friends at Club […]

On the Wynde front, some fantastic reviews have been posted at Amazon. I’ll be highlighting more soon. The past couple of weeks I have been wrestling with Gemini’s short story tie-in to the novel, which will be published as part of Athena’s Daughters, a science fiction and fantasy anthology written and produced by women about […]

Originally posted at Fictional State of Mind When Kai posted her piece Publishers, Flaunt Your Diversity, it hit on a topic that is near and dear to my heart as a storyteller. I have talked about diversity in storytelling over at my blog FANgirl for several years now. While my main focus for FANgirl is […]

So that book I talk about a lot – Wynde – it’s been published! Obviously I am excited, and as the weeks go along I will talk more about it and future plans for the Fireheart Series. I felt though it was important to answer the most frequently asked question that has come my way. […]